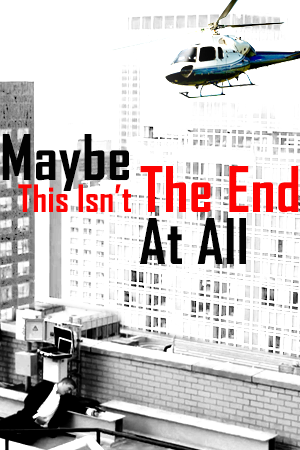 Author’s Note: This picks up right after The Man Was a Hero and is a direct sequel, even though both stories can be read as their own stand-alone. The Man Was a Hero follows John’s journey from the Fed vault to the rooftop, filling the blanks of the episode, and I did my best to make it canon compliant. Similarly to the episode it does leave the door just opened enough to the idea that John might have made it. The present story explores this idea and is thus an alternate ending to the finale episode.

Many thanks to JinkyO for the beta and advice!

reve_silencieux's story Blink of An Eye. Go read it !! 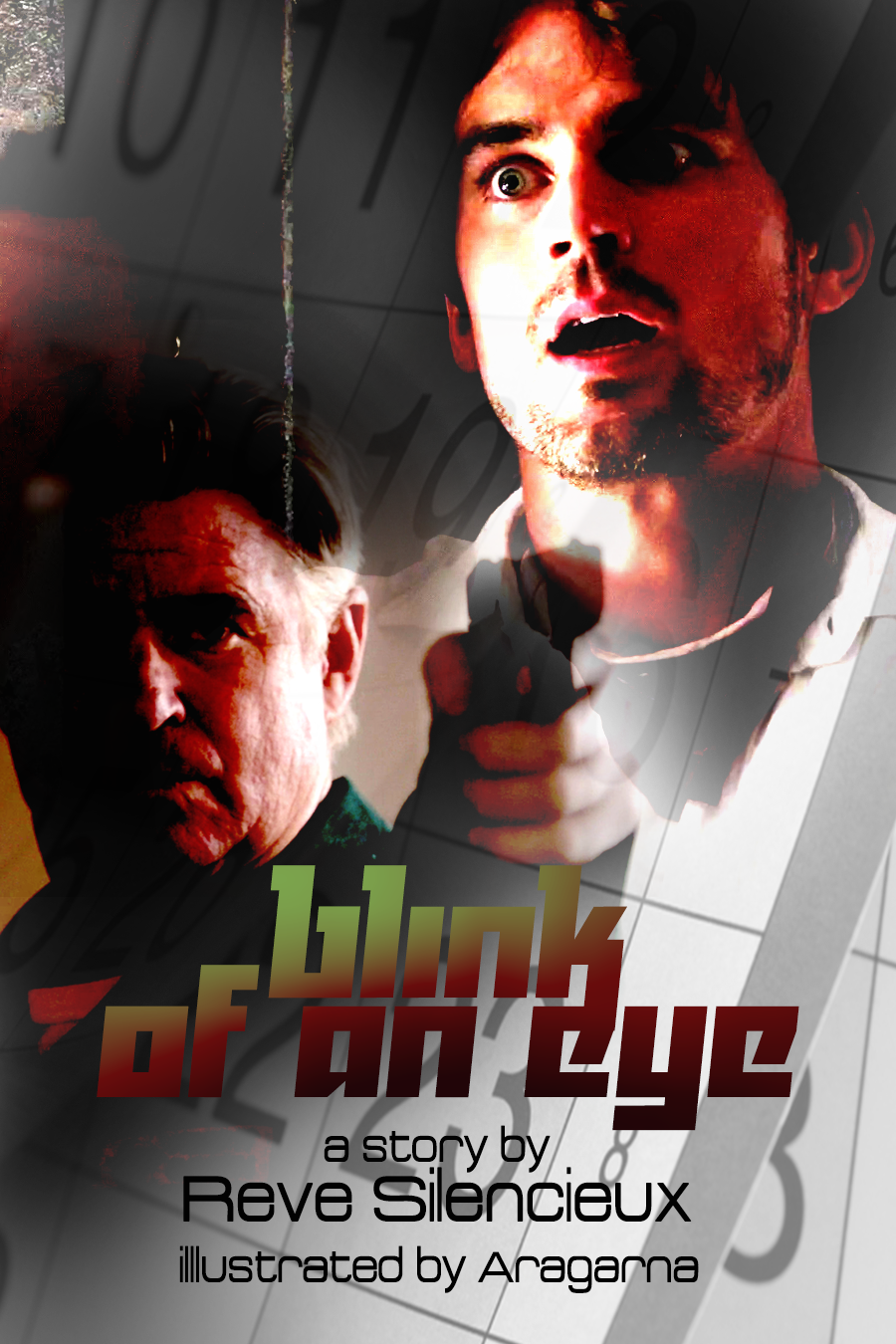 I don't really feel totally legitimate to comment on the US elections. I am not an American citizen, therefore, I do not vote. And if there is one thing I've learned, living in the US, is that we, Americans and French, are two very different people. We built our countries on a different history, a different heritage. And in the end, we are different countries. If only by the size and diversity. I think it is very hard, for probably most other countries to grasp how contrasted the US are.

Like most of the people around me, I didn't want to think it was possible. It just seemed like a bad joke. Yes, we all felt a little worried but come on, the guy is a bad joke.

Now, I don't want to judge the people who voted for Trump. First, because, like I said, this is not my country. I'm a guest - officially a resident alien - and I respect their choice. Second, because those people who voted for Trump most probably felt legitimate in their choice, and even though it does feel ridiculous to me, I am not in their shoes. We live very different lives and I won't pretend I can truly understand.

But still, I'm worried.
We don't really know what kind of President Trump will be. Will he be a docile puppet of the Republican party or a downright announcer of the Apocalypse? We don't know.
What we already know though, is that the future President of the United States is openly racist, sexist, a bully, unapologetic and ignorant on many topics.
And that's the head of the United State - which is not far from the head of the world. I'm sure the American people who voted for him had their good reasons, and I'm sure not all of them are racists and sexists. But still. It sets a terrible exemple. If the President himself says all those terrible things, why not us? Now it's okay to be racist, xenophobe, to grab women by the pussy.... Hey, after all, the President himself does it...

And it's not like we discovered it too late. No. He said all those things before. Before he was a nominee, before the election. He's been saying horrible things his whole life. And yet he got elected. Even worse, Trump won the election by saying all those horrible things. So what does that mean? Are we really living in a country where hate speechs and insults against all kind of groups matter less than the elusive promise of change?

I'm worried for what it means for the society. For all the minorities, for women, for all those hard-won civil rights. For the humanity inside of each of us.

Last week, as we went to our favorite Mexican restaurant, we were still joking "let's go there before they get deported." A bad joke for a scenario that wouldn't actually happen. Suddenly it feels a lot harder to find this funny.


Give me one or more characters, and I'll tell you:

Yes, all I'm doing these days is sharing funny videos... But I'm sure y'all appreciate those. :)

The decoy wallet !! What got Neal the most was all the glitter that got stuck on his favorite vintage suit... 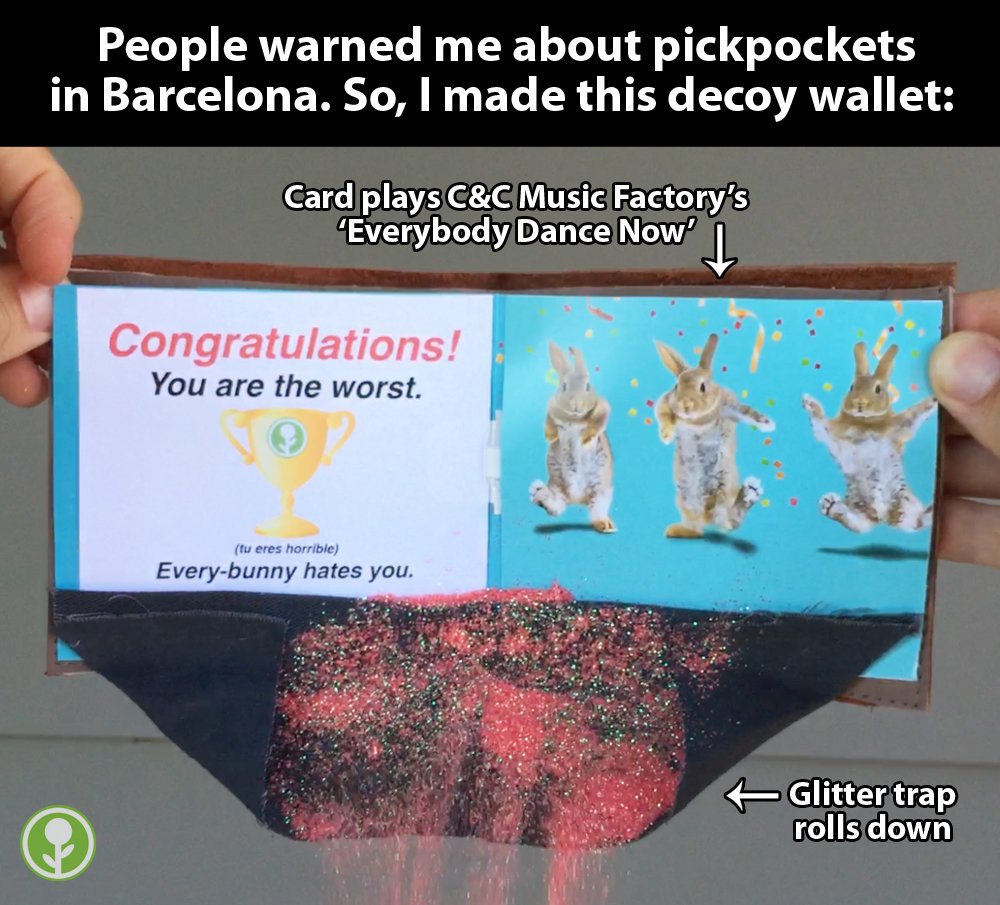 Yesterday I saw Hunt for the Wilderpeople and that it probably the best movie I've seen this year. It's funny but also full of feelings. A little crazy but just the right dose. The actors are excellent, and of course, New Zealand is beautiful.

Here is the trailer. It was released in the US last Spring so might not be in the theaters near you anymore. And I'm not sure it got a big release worldwide. But if you can put your hand on it. GO WATCH IT!


On the other hand, I do NOT recommend Swiss Army Man. No no no. Some nice things there, to be honest, even a wonderful peotic sequence in the middle. But also a lot of farting jokes (literally) and a very creepy ending.

I don't want to spoil it, but I'm sure you'll all be convinced your vote matters now...

I have work to do, I just signed up for a fest (which means I have to start writing and arting again!!) so heh, shiny meme instead :D
Borrowed from

sholio.
My Masterlist is up to date (yay!) and otherwise all fics are available on AO3.